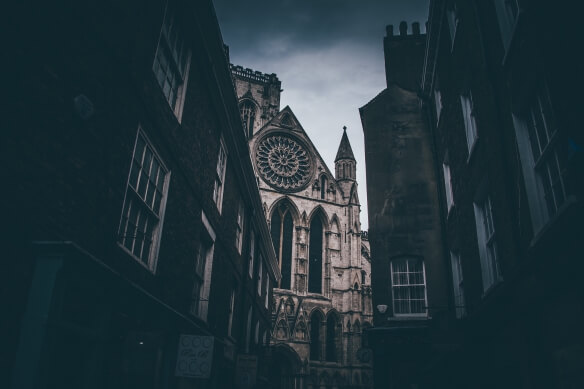 York is a fascinating city full of culture and fun things to do for the whole family. Here’s our pick of the best things to do in the city this spring:

Step back into the past

No visit to York is complete without a trip to one of the most picturesque streets in Britain. The Shambles is one of the best preserved medieval streets in Europe. With fifteenth century buildings that lean into the cobbled street, it’s a must for anyone who loves a bit of history. Originally a street of butchers, The Shambles is now home to souvenir shops, tea rooms and a shrine to St Margaret Clitherow.

Only for the brave

The York Dungeons are a fantastic attraction for the brave amongst you. This interactive horror show lets you walk through some of the most gruesome aspects of the city’s history. From the Viking invasion and the plague to the legendary Dick Turpin, let the Dungeons bring these events back to life.

The Jorvik Centre is one of the most popular attractions in York and offers a look back into its Viking past. It’s a truly immersive experience with the smells, sights and sounds of Viking York (or Jorvik as it was known). From the 12th February until the 21st of May, the Watlington Hoard will be on display here. This collection of Viking silver was believed to have been buried in the 870s and discovered in Oxfordshire in 2015.

The perfect place for all chocoholics

Confectionary lovers might not realise it but over the years, York has been home to some important confectioners and sweet factories. Rowntree’s and Terry’s have both called York home over the years. Visit York’s Chocolate Story to find out more about the city’s sweet past. With three floors of chocolate heaven to enjoy, find out how York’s fortune has been entwined with chocolate for nearly 300 years.

Spring is the perfect time to get your walking boots on and take in the stunning scenery that surrounds York. The city is surrounded by the Pennines, the North York Moors and the Yorkshire Wolds so there’s no end of opportunity for walking and picnics. The Howardian Hills is an Area of Outstanding Natural Beauty that covers over 200 square miles. It’s a beautiful combination of rolling hills, picture postcard villages and stately homes.

If your York home needs a boost, take a look at our range of windows, doors and conservatories. We have everything you need to transform your home. Get in touch today to find out more.